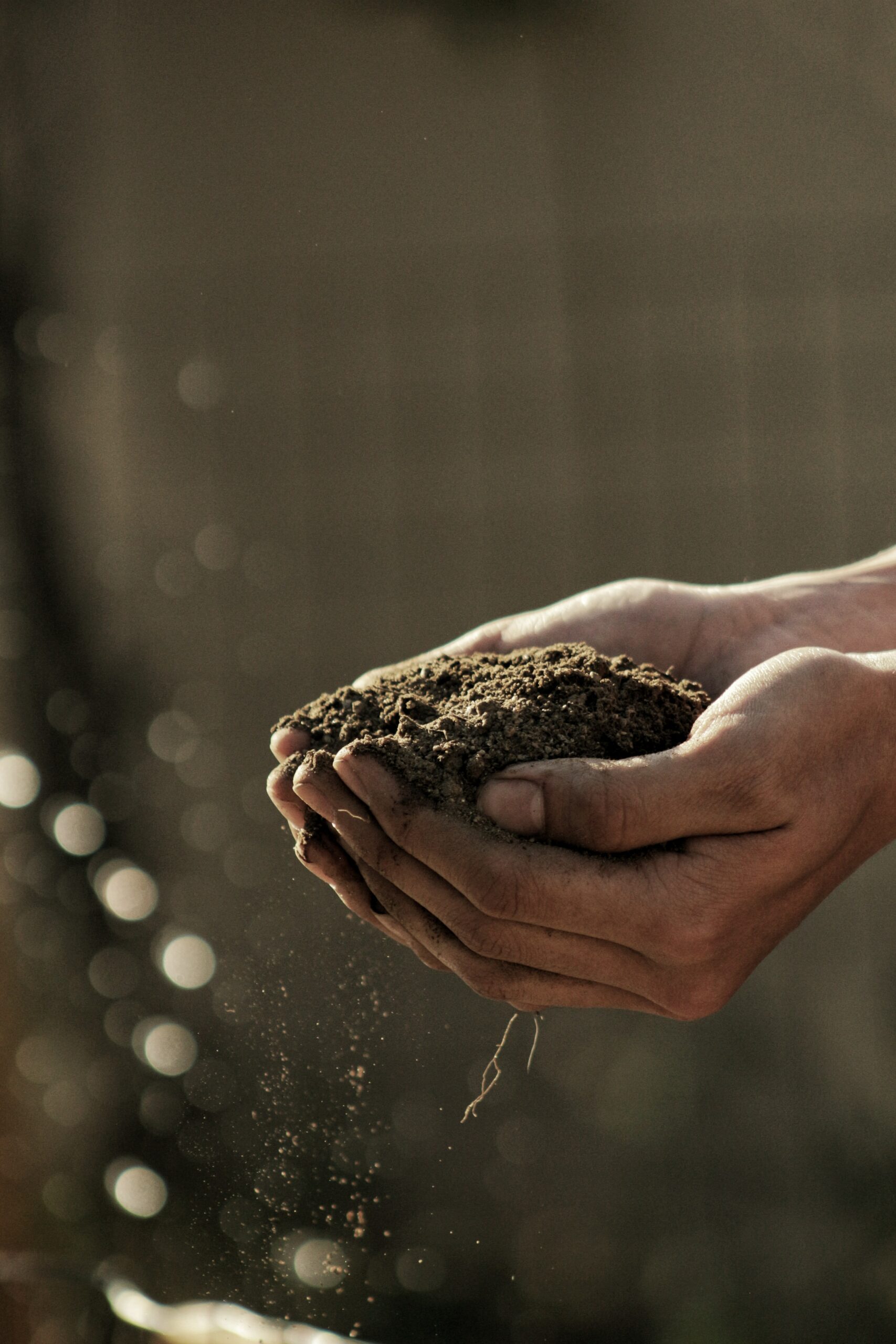 Action on behalf of life transforms. Because the relationship between self and the world is reciprocal, it is not a question of first getting enlightened or saved and then acting. As we work to heal the earth, the earth heals us.

In the Cherokee tradition, the land and water are essential to our lives. The relationship with land and water is not one of just utilization but is a sacred space that, traditionally, understands the life-giving properties that God’s creation provides for us.

While colonizers were viewing the land as a way to make more money, Gregory Smithers states that from the Cherokee point of view, “[W]hat you’re doing when you radically alter the flow of the river is you’re killing the river. The rivers that do not flow and constitute large stagnant pools of water, like a dam tends to produce, are considered dead water. Then [the river] ceases to have that personality and that spiritual and ceremonial significance that it would have had otherwise.”

This continual trade off between financial profit and an abuse of the land and people continues, to this day, as we see the same stories with Indigenous communities across the globe.

The land yearns for this liberation in the same way we do. Just think for a moment why we detest sin and suffering so much. We recognize, in one sense, it dishonors God, but our immediate reaction stems from how it affects us. Sin is always social in effect even when personal in intent. Someone wants another person’s wealth, so they steal money. Oil is discovered on some land, so whoever occupies it is removed. Gold is found in the rivers, so treaties are broken to take it. Islands and private jets are coveted, so workers are stripped of better pay.

All of these personal sins become social in nature by who the action was inflicted upon. We are often willing to exploit another human created in God’s image to satisfy our own selfish thirst – always at their expense.

Creation is abused and worn out. In Exodus 23:11, scripture tells us that Israel was commanded to let the land rest,

For six years you are to sow your fields and harvest the crops, but during the seventh year let the land lie unplowed and unused. Then the poor among your people may get food from it, and the wild animals may eat what is left. Do the same with your vineyard and your olive grove.

Not coincidentally, it was also tied into allowing the poor in the area to eat. This would establish a principle that the earth is not merely a resource to be extracted from but a gift to be cherished that helps our most vulnerable. From the beginning, the land has been a thermometer measuring man’s propensity for greed and appetite for more.

Our world shows this everywhere we look. God has formed the world with incredible resources for His people to discover and cultivate. Just think of the wonders people have uncovered through technology and travel.  A person across the world is able to interact with another culture because a substance in the earth, when mixed with another element, creates something beautiful. Like an artist mixing certain colors for a painting, or a musician playing a string on an instrument, or a cook combining garlic and tomatoes into an oil made from olives, we are given so much to not only survive but to enjoy.

We have unearthed so many wonderful things that God has deposited in our land.

Rather than cultivate and discover, many choose to exploit and dominate the land entrusted to us. Our environment suffers and then we, as humans, feel the effects. Almost always these effects are felt most by those marginalized in our communities. Case in point is India where we can already see that 1.4 billion Indians are a third poorer than they would be otherwise. We see sacred sites being destroyed to build a symbolic wall that represents xenophobia and anti-immigrant rhetoric. Other sacred sites are ruined for oil pipelines that eventually spoil the very land people were forced to inhabit.

But even if one considers the sacred point moot, there are environmentally harmful choices made that benefit the rich to the detriment of the poor. Just take a look at how the wealthiest nations have produced an incomprehensible amount of pollution, from which they get money, and then do not reside in the places from which the effects are having to be lived out.

So creation cries out. It groans. It suffers. It longs.

All of creation. As humanity, we cry under the suffering we see, breathe, taste, and smell. But creation itself cries out as well according to Romans 8:20-22:

For the creation was subjected to frustration, not by its own choice, but by the will of the one who subjected it, in hope that the creation itself will be liberated from its bondage to decay and brought into the freedom and glory of the children of God. We know that the whole creation has been groaning as in the pains of childbirth right up to the present time.

This passage is clear that redemption involves liberation for humanity, but it tells us land is freed from the tyranny of sin’s reign as well.

We hear her cries in the pollution of fresh rivers and lakes. We hear her during storms flooding areas that used to drink the rain and grow plants. We hear her cry when oil is spilled on lands and water that Indegenous people dare call sacred understanding that the entire earth was gloriously immersed with holy intent from their Creator. She cries when we see fires ravage parched lands that have weathering systems forever altered.

She cries and we join in these longings when the water is poisoning our people. We cry when factories are changing the very air we inhale, increasing our asthma and breathing problems as they pack us into nearby housing complexes. We cry whenever landfills are used on Native lands that eventually pollute the streams. We cry as the waters poison kids growing up in Michigan.

We cry for His return.

During the Advent season, as believers, we aim to mirror the anticipation that God’s people had for the Messiah to save them. The expectations were different for various groups, but they ached for salvation to come from somewhere to deliver them. In their situation, it was His first arrival, and as the Church, we now long for His second coming. We ache for the day in which we can exist together without the destruction of sin.

But so does all of creation.

Imagine a world where the fruit is always sweet without chemicals needing to be washed off. Picture a place where we can enjoy nature without fearing the elements that may make it dangerous. Imagine a world with clean water freely flowing. Envision, the kind of world in which pollen doesn’t destroy our sinuses (to all my allergy sufferers – you are seen). Imagine, enjoying life flourishing as we delight in God in the home He has lovingly made for us.

What a glorious day!

In this Advent season, may our cries for our redemption from sin be also stirred by what we see in creation’s longing. May our actions and treatment of the land be like those who know that our hope is planted firmly in a world reflecting the good intent of our Creator. A Creator who has woven within it unlimited resources to be shared and enjoyed – not exploited and sold.

Let us work toward a healthy view of the land. Our relationship with it reflects our lusts, our greed for money, and the dehumanization that will happen because we want more. It is a current exploitation of creation’s miracles to make a quick dollar off the backs of those who will not even join in the fruits of its fleecing.

But our connection to the land also reflects our love – our care. It mirrors the very idea that we are taking care of what God has entrusted to us and along with creation, we ache and long for His arrival for our liberation as well as the entire land’s.

Jesus Christ, teach us to empathise with Earth.

Make our spirits sensitive to the cries of creation,

cries for justice from the land, the hills and the soil.

Jesus Christ, make our faith sensitive to the groans of the Spirit in creation, groans of longing for a new creation.

Jesus Christ, make our hearts sensitive to the songs of our kin, songs of celebration from the sea, the land and the air.

Christ, teach us to care.

Kevin Garcia is a Mexican-Cherokee Native who lives in Dallas and works with his wife, Miriam, of eight years. He is currently in seminary where historical and global theology are his favorite areas to study. He’s served in historically oppressed areas of Dallas for close to ten years where he hopes to plant a church centered on liberating the marginalized. He also hosts “Lord Knows”, a podcast on hip-hop and spirituality.

This entry is part of our blog series, “Longing: Advent for Faithful Activists”. Advent, which means “coming”, is a season where we acknowledge that things are not as they should be. We are promised that this beautiful creation of which we are a part of will be restored. In the meantime, there is the chaos we experience. It reminds us that God’s Kingdom is now but not yet. Chasing Justice will be guiding our community through this Advent season with the following weekly resources:

Join our Patreon to get access to our five-day weekly devotional PDF “Longing: Advent for Faithful Activists” 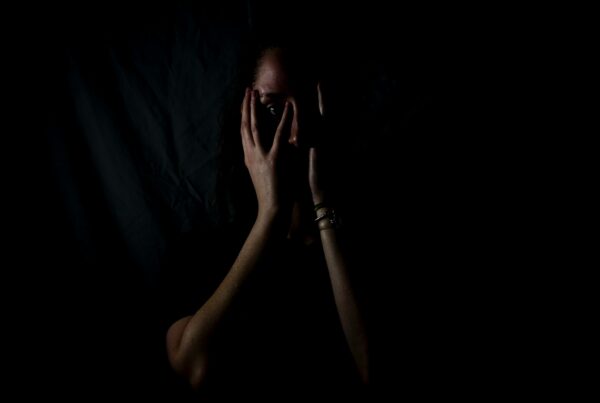 Waiting For A Family 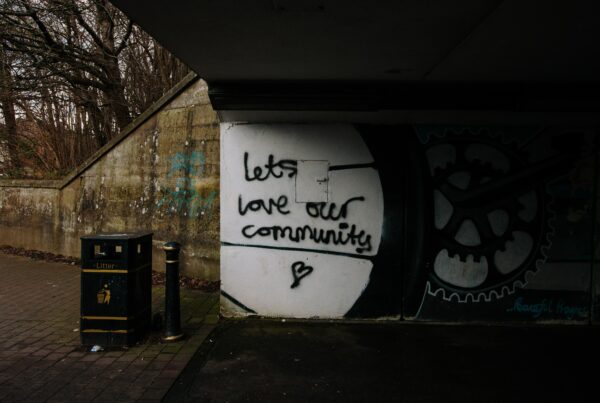