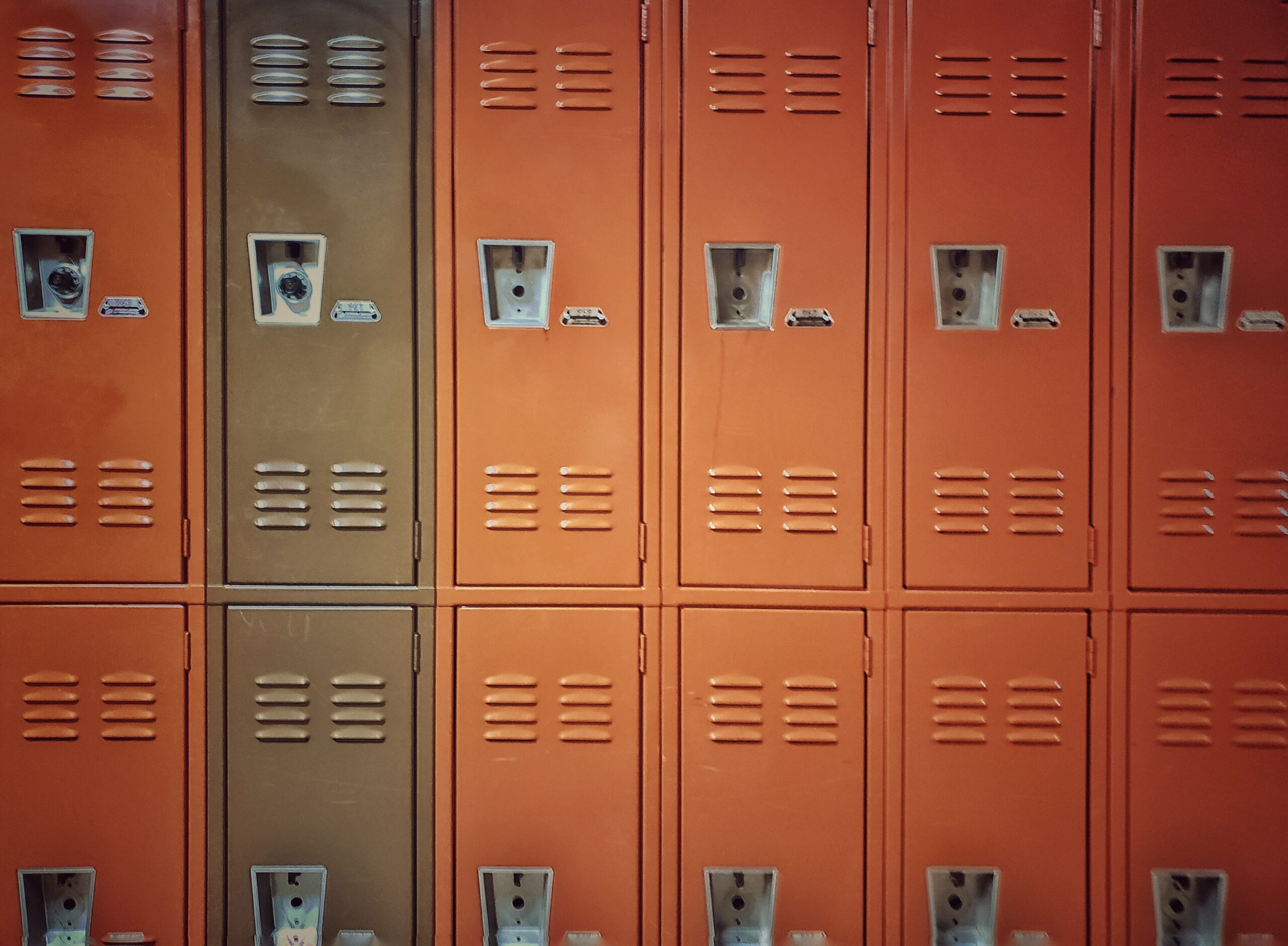 Shy Girl and a Tale of Teenage Activism

The Chasing Justice Book Club will serve the purpose of highlighting BIPOC voices that are doing the courageous work of sharing their experience and expertise while supporting the authors. Join us in the CJ Book Club on Instagram for weekly discussion topics and discourse. The CJ Podcast will also host a monthly Book Club episode with the author to discuss and answer your questions. Enjoy the following entry inspired from our November book club selection Beyond Welcome: Centering Immigrants in Our Christian Response to Immigration sponsored by Brazos Press.

It was 1994 in San Jose and I was in the seventh grade. A shy honor roll student, I was into grunge music. I wore baggy pants, thrifted sweaters, Converse All Stars, and a pixie haircut. It was the age of gang warfare and it was the beginning of my teenage dirtbag years.

A memorable event from this year was the time my friends and I staged a four girl walk out in protest of California Proposition 187. Our civil disobedience was the morning ahead of the citywide organized and “official” protest. My friends and I agreed on a meeting time and place: second period in the junior varsity lane. The four of us individually and quietly walked out of class by saying that we had to go to the restroom.  We were sent back to class a few minutes later and reprimanded, even when we explained our walkout in opposition to the bill with racist implications against the Asian and Latino immigrants of California.

The lack of support from our teachers and administrators on this topic was beyond a  disappointment. However, I wasn’t surprised given that we were Mexican American girls in a predominantly white and upper middle class neighborhood. The fact that my friends and I were not encouraged to advocate for ourselves or our Latino immigrant families and friends caused us to feel as if we were targets and political scapegoats.

This experience at school was a stark contrast from the support and organizing power of our parents, local immigration advocates, clergy members, and the remnants of the Chicano movement. A movement which had a lot of variety, but in our local context was based in the sermon on the mount principles: community organizing to meet basic and broad needs, and a lifestyle of prayer and fasting. The assertion of the Chicano movement was that as Mexican Americans, we were taking pride in our indigenous identity and practices. We divested from assimilation while maintaining our voices as Americans who have equal rights. We were and are resisting the historical  anti-indigenius and anti-black systems through unity. Uniforms were new to public school and were used as a means to clean up chola/o culture and gang violence. We proudly or out of necessity wore huaraches, medals, medicine pouches. The meals we brought to school included cafe de olla and burritos, or sopa. Some of us came from more matriarchal tribal backgrounds and embraced brown feminism.

The consensus of Prop. 187 was that the general public had been terrorized by the immigrant community. That immigrants were causing destruction and must be stopped by extreme measures. As middle schoolers, my friends and I didn’t know all of the political jargon. But we felt that scapegoat was an appropriate way of describing what we were seeing and sensing from the administration from our school and from the anti-Latine and anti-Asian voices in our community.

My parents both worked for the state of California, and my Dad worked closely with the immigrant community. There wasn’t too much separation in my upbringing with politics, community and faith. It was enmeshed, and sometimes messy. It was during this time that I learned about xenophobia and laws with racist implications. He explained that xenophobia was the fear of strangers and in this case immigrants, or anyone appearing to be an immigrant.

Xenophobia is a compound word with ancient Greek origins. Xenos meaning: strange, foreign, alien; (n) foreigner, stranger.. And phobos meaning fear. Throughout the Bible we are given many examples of interactions between strangers or foreigners and Israel, and times that Israel were strangers and sojourners themselves.

In the New Testament, Jesus refers to himself as a stranger or xenos in this way. The context for this reference is God’s judgment of works, and the separation between sheep and goats here in Matthew 25. Sheep being those who inherit the Kingdom and goats who are not to receive from God and this inheritance. Jesus said: “For I was hungry and you gave me something to eat; I was thirsty, and you gave me something to drink; I was a stranger, and you invited me in.” (Matthew 25:35)

Conversely those who are goats, have not maintained the lifestyle of welcome to the least of these, and therefore have rejected Jesus himself. You may remember that Jesus fled Israel from the oppression of Herod to safety in Egypt (see Matthew 1:13, 14). He was a political, religious and ethnic refugee as a young child, most likely a toddler. Herod sought to eliminate the promise of the King of the Jews by killing all young Jewish boys. Although Herod was in power as King of Israel, he was placed there by Roman authorities as the empire spread throughout the known world. I feel like Jesus can and does relate to the plight of refugees all over the world.

Proposition 187 was thankfully not approved, yet immigrants in the US continue to face losses and barriers to safe passage. Each week more is revealed in the way our country does and doesn’t welcome the xenos at the border, in the encampment, or those who are bussed. We hold within ourselves and our communities the simplicity of belonging in the practices of hospitality and welcome. We hold the power of togetherness through the One who invited us to commune with Him. Hospitality and welcome are not gifts, rather they are a simple way to follow Jesus that can be practiced by anyone. My faith came alive on the day I put this together. Regardless of personality, age, or available resources, we can still show our faith in action. Shy middle school girls, like my friends and I, used that day to show our peers that while we were fighting quietly, we refused to be pushed aside and silenced.

Elia Maria Rotch is a sixth generation minister, a writer, and former care pastor. Elia is an Indigenous Chicana who grew up in the Brown Church and the Chicana/o movement. Elia is the operations associate for Passion2Plant, a justice centered church planting organization. She resides in Sacramento with her husband and two children. 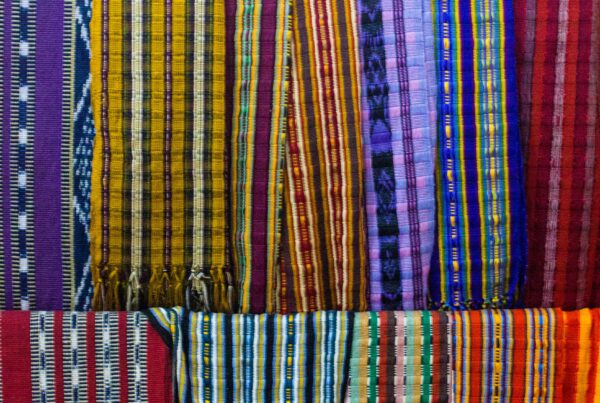 Beyond Welcome: Centering Immigrants in Our Christian Response to Immigration 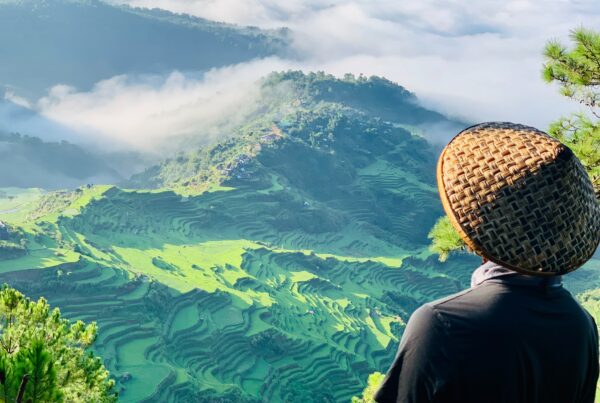 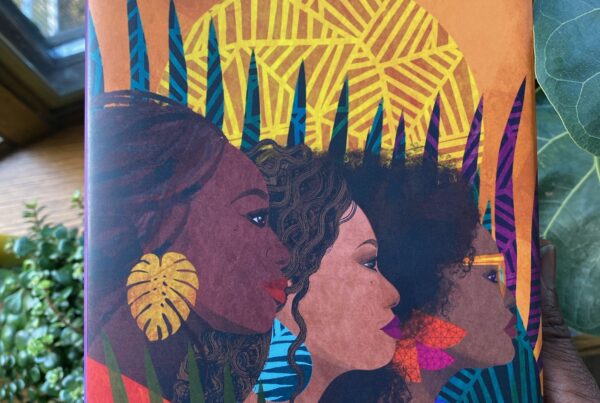